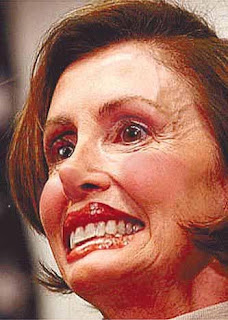 When Newt Gingrich (R-GA) and the newly elected republican majority entered Congress in 1995 with the “Contract for America”, they also authored rules that provided for the minority party’s opposition to be heard and acted upon.  This included the ability for the minority party to offer alternative legislation.  Fast forward to the present day, when we have a president-elect proclaiming the need to work together to solve this nation’s problems and we have rumorings of Speaker Nancy Pelosi (D-CA) attempting to rewrite these rules.  Congressional committee chairs would have no term limits and the minority would be locked out.  “This leadership team will create the most honest, most open, and most ethical Congress in history” (Speaker-Elect Nancy Pelosi (D-CA), Press Release, November 16, 2006).  Uh huh.  Ok.

The Gormogons give a nod to the GOP members who signed on this letter in protest of the plans.  Is this what America voted for?  A party in the White House and Congress who will hold closed door hearings on important issues such as immigration and repeal rules allowing for the open debate and alternative legislative process by the minority party.