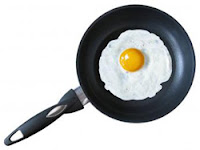 So much was debated over how President Obama would govern and how he would “heal the wounds and divisions” in the country. Now we are presented with the $300+ Billion stimulus bill which is getting choked down in democrat pork projects (remember, it’s still the “most honest, ethical and open congress ever” leader leading the Congress. It’ll be a win for Obama, but let’s track through a few things first.

People will be hearing about “multipliers” when the stimulus package is discussed. Quite simply put, it’s a measure of how much money (our money) the government is putting into various programs (hopefully aimed at stimulizing the economy) and what the estimate return would be. For example, a 1.5 multiplier for investment option A means that for each dollar the government infuses, the economy yields $1.50 in output – this is a Keynesian concept. Robert Barro, a Harvard economist explains here why this is a failed measure – there is little empirical evidence that these multipliers or the numbers that the Obama Administration are using (reportedly around 1.5) are accurate.

To be effective, the stimulus plan needs to be immediate – it needs to affect investors now. Not in 2010 or later as much of the current bill’s plan will do according to a CBO report. This report has been pulled from the Congressional website and is under heavy attack by democrats on the hill. This is amusing as the CBO is largely run by democrats, so it’s not painting a pretty picture. Clearly, the stimulus plan is flawed. Read more here.

So where does this leave President Obama and how can I claim he’s going to come out a winner? He’s demonstrated that he’s trying to bridge the divide between republicans and democrats by inviting republican leadership to the White House to discuss. Ok, “bipartisianship”. Check. He’s trying to push forward something to address the economic problems we’re facing. Ok, “leadership”. Check. If it fails and it comes to light how bad the bill is and the general public starts figuring out the flaws in multipliers and pork laden stimulus bills and the delay between the bill and recovery, President Obama can point to Speaker Pelosi (who is pushing this bill hard) and let her take the fall. Ok, “teflon shield in place, sacrificial goat identified”. Check. A little spin with help from the Chris Matthews and Keith Olbermanns of the media and he’s good to go. And what will he have truly done? Not much more than his C.V. suggests – “present”. Hopefully, we taxpayers won’t be the ones with eggs on our faces at the end.