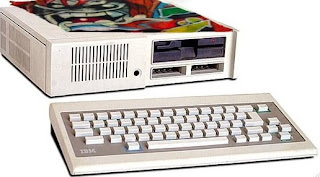 You remember the IBM PCjr, right? Well, what you didn’t know is that there’s a Ghettoputerjr, as well. And he’s a chip off the old fatherboard. Mr. & Mrs. ’Puter were at a parent-teacher conference when the -teacher party bushwhacked the parent- party with their ten-year-old, fifth-grade prodigy’s essay on human nature, the dance between the sexes, etc.

Oddly, it was not received well. Turns out the harridan of a shrew of a misandrist crone* of a teacher isn’t “exactly the biggest fan of boys in general, and ’Puterjr in particular, so this really sent her over the edge.” While the ’Puters will be speaking to their son about the appropriateness of the content, we thought we’d share it here as an advice column. Many are the pale, friendless boys on the internet who’ll greedily accept the advice of ’Puterjr, the Love Doctor, whose name has been redacted “to protect the guilty.” Click on the pages if you need a larger copy.

*N.B., The Volgi’s characterization based on her sexism. ’Puter may love her. Or have taken his clan to Niagara with her and her family. Who the hell knows at this point? 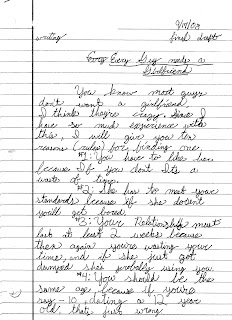 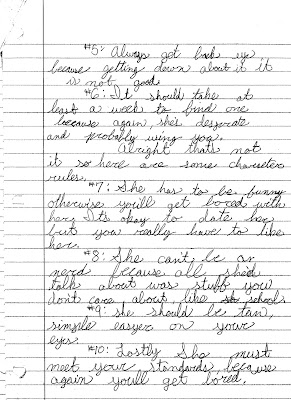