GorT is up for mocking the Dems…heck, it’s a growth industry if you followed this train of thought.

Honorable mention: Nancy Pelosi (D-CA) as Communist…oh crap, I meant, Commerce Secretary. She knows commerce, heck she’s got all those sweet deals with Dole (of course we want to raise the minimum wage…except in Hawaii where it’ll ruin the workers for Dole) and her husband can help with the defense industry. 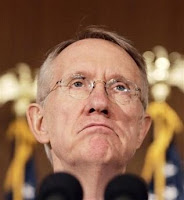 Runner-up (gets to move up a seat during cabinet discussions if the Winner fails in office): Harry Reid (D-NV) as Housing & Urban Development. After scoring that $1.1M land deal, he’s got to be good at developing property deals for additional housing opportunities! 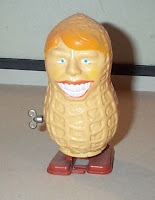 Winner: Jimmy Carter (former Democrat PoTUS) as Treasury Secretary. So the genius that pass the CRA that helped put us in this economic mess and gave us record inflation rates, higher gas taxes, gas rationing, etc. has to have learned something from back then….right?

Anyone out there? I mean that all helped, right?