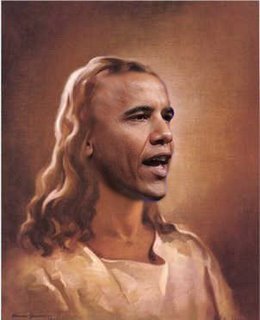 As noted before, ‘Puter’s no fan of Sen. Obama, but this is just getting painful to watch. Here’s some free advice for Sen. Obama. When you’re in a hole, stop digging. When your foot’s in your mouth, stop talking. And ‘Puter’d be really careful about the “spare me all the phony talk about change” quote, lest it be turned against Him.

And what the heck is Obama’s campaign staff thinking? Have surrogates make the argument, not Sen. Obama. Or better yet, in a presser, give an “I was misunderstood” quote and move on. The story will die out because it’s silly. Instead, Sen. Obama’s braintrust decides to go attack its biggest ally, the press.

Sen. Obama’s campaign appears to be in full meltdown dealing with Gov. Palin, from top to bottom. And it just keeps getting worse.