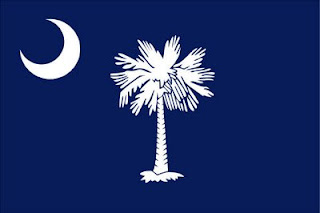 The title is an homage to my fellow blogger who quipped the above as what the South Carolina , my current blogging location, motto should be. Maybe I should stay here. Upon returning to Maryland, I’d have to validate the ‘Puters post and then deal with the O’Malley reduction of crime in Baltimore (which might bleed southward towards the GorT residence). I’m glad to see that Sarkozy is turning France around. He recently started to trim the size of the French government: He laid off half of the 165 physiotherapists at the taxpayer-funded National Baths of Aix-les-Bains. The pink-slipped masseurs warn that the country’s health will be at risk if people are unable to get the mud wraps, thermal baths and deep-tissue massages covered by national health insurance (along with subsidized transportation and lodging for the visits). In fact, 27 of the physiotherapists immediately went on sick leave for depression. Among Sarkozy’s other targets of government bloat, according to a July Wall Street Journal dispatch: figuring out why France employs 271 diplomats in India but more than 700 in Senegal.

I’ll have to just accept the sun and surf while eating peaches and shooting off fireworks. More mud, mademoiselle!!