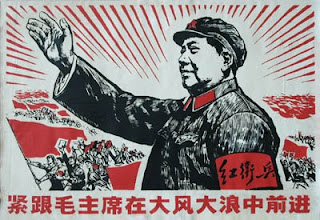 People, let’s focus a bit here on some Olympic mockery that I’ve been lax (ok, I’ve been on vacation and still am, but a quiet house early in the morning lends itself to some mockery, I guess) on reporting.

First, let me be clear, the Olympics is something I truly respect. The amount of time and talent that goes into hosting it and participating in it is extraordinary. I have first-hand knowledge of that as I was a member of a Georgia Tech student committee that helped (at least in some small part) to bring the 1996 Olympics to Atlanta.

Having said that, where should we start? Some stories, I’ve already touched on. Then there’s the more obvious stories. Sure, you never ask a woman her age, but facing the Olympics in a country that controls everything including the fireworks, maybe a passport of the host country could be altered so a star athlete could participate? I’m sure in the near future there will be some medical procedure/test that will report one’s age, until then, we will be subject to these speculations.

From personal viewing, the post-event interviews need to go. There’s apparently 5 stock questions and I think Misty May, Kerri Walsh, Michael Phelps, Katie Hoff and the rest have answered all five a number of times. “What helped you prepare for this event?” “Andrea, it’s the 14 years of training since I was 7, the 2800 meters of warm up swimming I do every day, and the hours upon hours of weight lifting, practicing, and reviewing tapes with my coach, duh.” Of course, the pinnacle to date with the 2008 Olympics has to the be interview by NBC’s Andrea Joyce (subject to being controlled pulled by NBC) with US gymnast Alicia Sacramone. Joyce asked her SEVEN questions about her poor performance in the final two events leading up to the U.S. winning the silver medal. That’s just not right.

Sigh. Maybe GorT’s a little to cynical here. Let’s move on. Mary “my voice is deeper than Costas’” Carillo’s interviews with various Chinese elements, while interesting at times, leave me wondering if I just saw a propaganda piece…oops, I mean an advertisement to visit China. I think NBC has to play nice-nice with the Chinese to get good coverage ability. But I turn off the TV and head to bed with the idea that NBC is becoming a mouthpiece for how China wants itself viewed by the world and not being true reporters showing the world what China is really like.