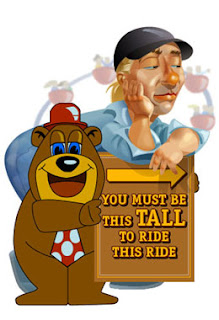 Well, a few more days have passed since GorT’s last Olympic update and it’s time for some more mocking. First, kudos to the folks over at Stryde Hax hacking around the ‘net to find out the truth at the bottom of He Kexin’s (the Chinese gymnast) real age. As stated before, just look at her – there is no way this girl turned 16 in January. Then people uncover records like this:

Second, (hat tip to the Volgi) there’s this excellent piece by Rick Reilly over at ESPN. Couldn’t have done a better job myself.

Third, I logged some time watching the flames shoot out the back of Bolt as he dominated the 200m race. This is the same race where the top US finisher was DQed right afterwards. The commentators (after a stupid interview) did a great job pointing out the “new” 2nd place runner should be DQed as well (which he eventually was after a protest by the US Track Team). While I’m not a big fan of DQing someone who runs that blazing fast, but rules are rules and should be consistently enforced lest we drift towards the “non-sports” events.

EDIT: First, I tried to fix the formatting of the Chinese records found and two, it appears that the IOC is going to take action: “An IOC official told The Times that “discrepancies” that have come to light about the age of He Kexin — the host nation’s darling, who won gold in both team and individual events — have prompted an inquiry that could result in the gymnast being stripped of her medals.”