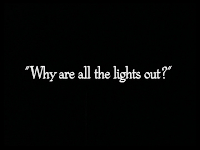 First, I think we’re in a dearth of good leadership (maybe it’s the cycle we’re in) in general and I’m not a big fan of how the American political system has created “politician” as a career. Second, maybe the execution by the GOP in this instance is a bit on the childish side. However, it’s about time that they get off their asses and start working for the public. If you screw up with bills like ones previously discussed here…at least you can keep working past 11:23am, you know, maybe until 5pm-ish ?? Read the details here.