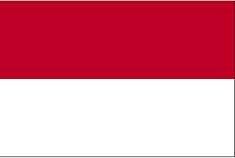 The Volgi and the Czar will in the next couple of weeks have a lot more to say on the present and future of China, but let us take a moment to talk about another rising superpower that most of us are ignoring: Indonesia.

Indonesia, which most of us associate with the President’s childhood, something about it being the largest Islamic countries in the world, and modern-day pirates, is in fact an economic powerhouse that is beating out Japan, China, and Korea: its economy has been growing by 6% each year, and will be almost 6.5% in 2011. Its stock market has already jumped into the number two spot, and its GDP is expected to go up 20% in 2011. 52 million Indonesians are expected to enter the middle class in the next few years. Powerful numbers.

And why not? It is a country with lots of labor, cheap production costs, and tons of natural resources. Even Chinese companies are transferring their manufacturing there, which is raises American eyebrows: heck, how often do you hear about Chinese jobs going off-shore?

Gormogons Spotlight On: IndonesiaOf course, it isn’t all good news. Poverty rates in Indonesia are still at 14%, and even higher in some areas. The banking system is not fully capable, although this appears to have helped them avoid the 2008 financial meltdown since they only offered basic banking services and not any of the more advanced types of investments that hurt so many other banks around the world. Amazing, actually, that Indonesia can boast such large numbers.

There is also the possibility of a bubble. The way the Czar sees it, Indonesia is a large country with population restricted to a few large cities and poverty scattered in disorganized or under-organized communities across numerous islands. A small economic downdraft in Jakarta, for example, could easily put thousands of people out of work there; this would soon spread to other cities—and without a rural middle to take up the slack, the national economy would suffer more rapidly than other nations in the area.

But Indonesia is not a foreign policy giant—yet. So far, all this progress has helped Indonesians, but not necessarily Indonesia. Unlike China and India, there is no military presence that can change factors up or down. There is no specific talent in the services sector that make doing things “the Indonesian way” attractive to overseas business. Of course, this could change in a few years as the middle class gets larger, but right now Indonesia may be nothing more than a card player with a really hot hand.

But so what? Why not enjoy the moment? This is great news for Indonesia, but that could spread. What is so unique about the Indonesian success? One could imagine Filipino investors duplicating this experience: in most respects, the Philippines have same set up: a few large cities on diverse islands, good resources, an impoverished population looking to do good work for less money, and an excellent strategic location. Well, one primary difference is that the Philippines tends to look to the US for its support, rather than look in all directions as Indonesia is doing.

Right now Indonesia may be nothing more than a card player with a really hot hand.One element there bothers the Czar more than any other. Indonesia continues to do business with China. Chinese manufacturing jobs are coming to Indonesia. China is purchasing large amounts of raw materials from Indonesia. China is selling upward-moving Indonesians all sorts of consumer products. Where, indeed, is the American investment? Where are the American trade deals? Why, for one, is America not working to develop a robust investment banking system in Indonesia? Basically, you need to look at it like this: Indonesia needs stuff, and if we do not provide it, China will. Eagerly.