↓
Home→Barack Obama→7:1 Is Not the Worst Obama Has Done 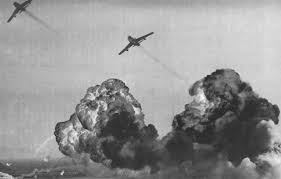 So the President is maintaining his foreign policy status quo. By that, he will enrage 1.14 billion people in order to attempt to appease 167 million people. Actually a 7:1 enraged-to-unimpressed ratio is better than he does on most days.

What the Czar references is the POTUS’s upcoming trip to Pakistan. You see, he has to go, because frankly Pakistan does not like us all that much. And we have to make them happy.

Of course, such a trip is certain to enrage India, the more powerful neighbor to the Southeast, even though the President intends to make a trip to India to foster relations there, as well. India, as you know, has a long-standing hatred of all things Paki stemming back to their explosive split back in the late 1940s. This has been sustained in nearly every decade since, ranging from the Mumbai terrorist acts in the last decade, the nuclear arms race in the 1990s, and so on. In fact, Indian media are already panning the visit, promising it will (or should) set back US-Indian relations back to 1970s levels.

Why the 1970s? This goes back to the Indian-Pakistani War—and that is what this is all about.

India understands that the US is engaged in Afghanistan, and doubtless the Indians support elimination of the Taliban from anywhere they fester. They further understand that the President needs to impress Pakistan to stay in the game despite the strange affection that Pakistan has toward America: an odd blend of ambivalence, dependence, and distaste.

But what ticks them off most is the American courtesy being extended to China. China supported Pakistan in the 1971 war; the USSR supported India (and eventually Bangladesh). The US, caught without a friend, took Pakistan’s side. And India as a result tends to view America with distrust, just as they view the Chinese with a venomous rivalry.

So when the US whores its financial future to China, lets China run rampant all over the Pacific Ocean, and issues joint statements that allow China greater diplomatic power in South Asia, and then elects to visit Pakistan? Well, that’s too much conspiracy for the Indians.

In nearly all respects, the situation does not point that way. Obama needs to remind Pakistan that we share a common problem to the North, and he is making overtures to the South. But what he really needs to do to cool the Indian government down is take a strong, protective position against China, and reassure the Indians that the US is not going to allow China any further bullying or provocation in their waters.