↓
Home→Apple→We told you it was coming 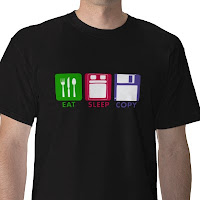 Given the enormous strain that the iPhone has put on the AT&T data service (see previous posts for some hinting of this…it happens when you travel time like I do), the CEO of AT&T’s mobile division, Ralph de la Vega (a/k/a Zorro) put out some more definitive statements reinforcing this potential policy change:

We are going to make sure incentives are in place to reduce or modify [data]uses so they don’t crowd out others in the same cell sites. AT&T has found that only 3% of its smartphone users — primarily iPhone owners — are responsible for 40% of total data usage, largely for video and audio.

AT&T has formed focus groups to try to figure out a course forward.  Given that Americans “consumed” 34 Gigabytes of data per day in 2008, I wonder how easily AT&T is going to modify people’s behavior.  One might think that maybe we should get away from this behavior modification mindset that seems to be invading all aspects of our lives and instead engineer solutions that accept behavior as we, as humans, adapt to new technologies.  Anyone else see a parallel to this?  Maybe it’s just me.