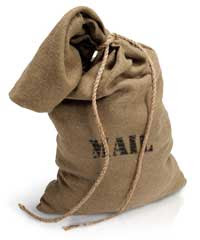 We get a lot of mail here at the Castle.  Each Gormogon deals with their fan (or hate) mail in their own unique way.  Follow me here on the above reference to four bags of mail when there’s five main residents of the Castle.  ‘Puter generally lets his mail pile up.  We prod him over a few days and only when Sleestak can’t bring in his morning Jack n’ OJ wake up breakfast, does ‘Puter actually start to deal with his correspondence.  After prying the bag away from the local Yetis who think it’s some sort of feed bag, the Volgi digests his mail over several hours, looking for hidden and ancient secret codes, dissecting the grammar and translating it into six different languages in the process.

The Mandarin has constructed an elaborate sorting machine (pictured left) for his mail.  However, after it gets sorted, he generally just kicks the piles a bunch screaming at them.  The lucky few get responses.  The Czar ends up hatcheting the mailbag and after cahooting with Eugene over the mail and its relevance to the astrological sign “Leo”, he calms and usually gives a thoughtful response.  Finally, GorT has no mail.  Mailbags addressed to him are instantly digitized upon entry into the grounds of the castle.  Dat Ho monitors the mail queue and when it starts to reach a critical level he signals GorT to take a break from time-traveling to write back. 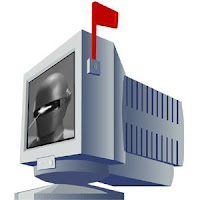 So, if you get a chance, write in, let us know what you think.  You may just see a response posted.