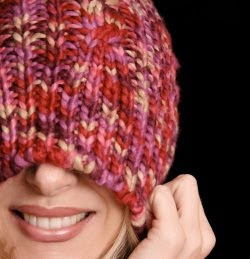 Don’t be fooled, we told you that this was coming.  The Obama administration has bungled the jobs “saved or created” figure that they released last Friday.  The report had stated that 640,000 jobs were “created or saved” through the use of the funds spent through September 30th from the $787 stimulus package.  The error isn’t known to the full extent (WSJ has it at around 20,000).  And while a 3% error may be something to brush off, it comes back to what they touted.  Obama’s Administration said that they were spending time making sure these numbers were accurate after previously having issues reporting accurate numbers.

Some of the “saved” jobs include the counting of Head Start program staff who received a cost of living raise.  So it seems that getting a raise during economic hard times saves a job?  A shoe salesman in Kentucky sold nine pairs of boots to the Army Corps of Engineers and therefore saved nine jobs for $898.60.  Well done!  There is a government requirement for stimulus money recipients to file quarterly status reports of money spent.  150,000 were filed just last week.  According to the WSJ article, a HHS spokesperson said that fractions of employees were to be reported based if an employee received a bonus or raise.  Again, someone needs to explain to me how a 3% COLA raise or a $5,000 bonus equates to a job saved.  If this doesn’t give you, the dear reader, pause in thinking about how effectively or honestly the Obama Administration is conducting itself with regards to the stimulus bill, then you need to stop by the lower floors of Castle Gormogon.  I’m sure ‘Puter or the Mandarin could straighten you out.  The administration will do anything and allow any sort of “oh, the form was confusing” excuse to stand to prop up a defense of the goal of 3-4 1 million jobs created or saved.

Of course, Recovery.gov is still reporting 640,329 jobs “created/saved” even though the administration has acknowledged this error.  The Czar is right (well, so are the rest of us).