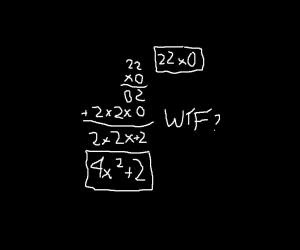 I’ve been meaning to post a story on the further woes of the Obama Administration’s stimulus activity but I’ve been tied up time traveling again. The Czar dropped a note from operative MB in my inbox at the castle pointing out this ABC story. MB continued to do his own research showing more examples of the inaccuracies in the recovery.gov’s data. This isn’t new to us but it is another data point in the amateurish administration that is running the country.
So we have inaccuracies in the reporting of the number of jobs “created or saved” (which, by the way, after being reported has still yet to be corrected on the site after two weeks have passed). And now we have reporting of stimulus money going to imaginary districts. The defenders will point out (correctly) that many of these issues are caused by errors in the reporting mechanisms. Anyone want to spend 2 minutes thinking about that and the pending government intervention into health care? These errors get us riled up about the spending of our tax dollars – errors in the health care system will cause people their health and lives. It would be easy to point the finger at the contractors who built the site and the collection mechanism, but it’s likely that the government is equally liable in that the contractual specifications are probably vague. A good contractor would have forced clarifications during a requirements analysis phase, but remember, we’re dealing with the Obama Administration.

Consider for a minute the Accountability statement on the Recovery.gov site:

ACCOUNTABILITY
The American Recovery and Reinvestment Act of 2009 makes it clear that taxpayer dollars spent under the Recovery Act will be subject to unprecedented transparency and accountability. To ensure that accountability requirements are being met, the Inspectors General of 28 federal agencies distributing Recovery funds continually review their agencies’ management of Recovery funds. The following objectives are considered by the Inspectors General when reviewing if Recovery funds have been used and managed appropriately:

Where is VP Biden who Obama put in charge of this to make sure it runs smoothly and accurately? You remember, Say-it-ain’t-so Joe who had trouble remembering the “web number” for the site. I guess he’s too busy with his auto insurance company. Or maybe he thinks that it’s appropriate to spend the stimulus money on Cotton Candy and Snow Cone machines at community health centers.

Why does ANYONE believe that having government more heavily involved in our health care system is a good idea?