↓
Home→Conservatism→Conservatives, Republicans and the Lessons of NY 23 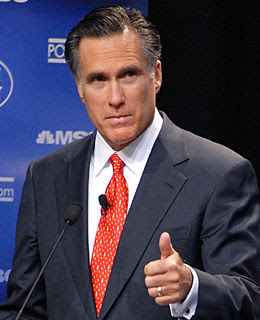 ‘Puter mistakenly caught a bit of Morning Joe on MSNBC today. ‘Puter’s spawn thought Pokemon was on that channel. After beating said spawn for incompetence, ‘Puter noticed that the shrill harpies were feasting on Governor Tim Pawlenty (R-MN), lambasting him for supporting Doug Hoffman over the anointed Dede Scozzafava. The panel screeched that Republicans were beholden to the evil, intolerant right, and had embarked on a campaign of attrition to rid the party of all moderates. Intrigued, ‘Puter decided to listen in. Gov. Pawlenty, wide-eyed, replied that Ms. Scozzafava wasn’t truly Republican; thus, he was correct to endorse Doug Hoffman. Then, one of the assembled genii asked Gov. Pawlenty a version of the following question: “How Republican is Republican enough to deserve your backing?”

First, the press too frequently conflates Republican and conservative. The groups overlap, but are not the same. ‘Puter’s got a Venn diagram GorT put together for him explaining the whole thing, but he can’t find it right now under all these Butterfinger wrappers Czar left around.

Conservatives stand for the following three basic principles: less government, lower taxes and socially conservative values. If you don’t believe in all three, you’re not conservative. End of discussion.

Not all Republicans are conservatives, but many are. Like Cafeteria Catholics, Republicans select from a pre-approved menu of principles. Republican principles are: less government, lower taxes, socially conservative values and party loyalty. There is disagreement as to how many of these principles one must accept in order to be a true Republican.

‘Puter thinks, practically, three or more. For example, Rep. Ron Paul of Texas meets the first three, but not the last. Some say two. Think Sens. Snowe and Collins of Maine. ‘Puter could live with this, so long as the two-fers don’t call the shots in the party.

Newt Gingrich, along with most of the media, think only one is necessary (party loyalty (party affiliation only in the case of the press)). And there’s the problem. By decoupling the label (Republican) from the meaning (principles), the media and Mr. Gingrich have redefined the term “Republican” to mean something it never had before. They’ve defined Republican to mean “someone who calls himself Republican” rather than “someone who espouses and accepts Republican principles, and therefore actually is Republican.” Accepting the press’ definition of Republican leads to Arlen Specter and Jim Jeffords types. And to hysterical media accusations of intra-party purges. Accepting the ‘Puter definition leads to a strong, certain party, ready to lead and to win.

**Shout out to Gormogons correspondent Mark for his thought provoking email of last evening.