‘Puter was lounging in the Castle Gormogon rumpus room the other night watching his assistant Sleestak beat Czar’s houseboy Dat Ho in a rousing game of Twister/Jenga that their lot is wont to play, when it occurred to ‘Puter that something in the universe was very wrong. Very wrong indeed. And suddenly the source of ‘Puter’s chilling unease became apparent. 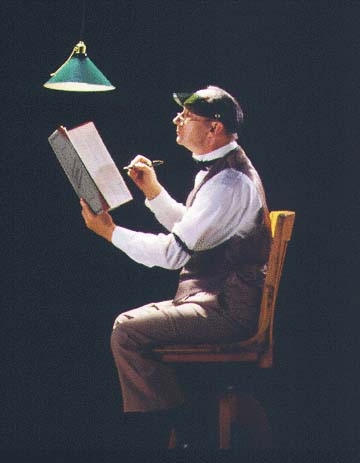 Sen. Max Baucus (D-MT) unleashed his long-awaited “bipartisan” health care reform bill September 16 (since amended, with more goodies for everyone). Yesterday, the Congressional Budget Office (CBO) released its estimate of the Baucus bill’s price tag: $829 billion over ten years, allegedly reducing the federal deficit by $81 billion over the same time frame. Mind you, the Baucus bill will only raise the insurance coverage rate 9%.

What the CBO does not highlight, however, is that Sen. Baucus cooked the books. Under the Baucus plan, revenue enhancement (taxes) goes into effect immediately. Coverage does not kick in for two and one-half years. So, to make the numbers work, Sen. Baucus has to collect ten years of revenue to cover seven and one-half years of cost.

‘Puter thought the whole thing smelled a little fishy, so he gave Sleestak and abacus, a quill and some parchment and set him on the CBO math. Using the above numbers, Sleestak calculates that projected revenues will generate $910 billion over 10 years. Outflows will be $829 billion over 7.5 years. Based on Sleestak’s math, that’s an average yearly inflow of $91 billion and an average yearly outflow of $110.5 billion, or a average annual deficit of $19.5 billion each year the benefits are actually paid.

Of course, the math may be wrong, as Sleestak never got much beyond differential equations and thermodynamics in college. Slacker.