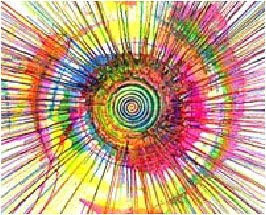 Have you heard about the recent Gallup poll that made a mistake?  Probably not.  I put little weight in these national polls especially when it’s a poll teamed up with some sort of media outlet (a newspaper, a television outlet, etc.).  Why?  Because the poll is generally trying to dig up a story to drive readership/viewership for the media outlet.  Furthermore, in all my years, I have never once been solicited by a poll like this.  I believe that if the polls were truly a random sampling of Americans, voters, futuristic robots with lasers, that I would have been selected — especially recently as we seem to have a new poll weekly about the president’s approval, healthcare, etc.
But back to the Gallup poll.  In recent polls about health care, interviewees have been asked whether they believe that government is responsible for health care (generally with some more adjectives thrown in there like “primarily responsible”).  And in general, it has shown fairly decent numbers agreeing that it should.  But someone over at Gallup changed the question slightly to:

Guess what?  61% of respondents said that Americans are responsible.  Of course, Gallup’s headline for the story is “Many in U.S. See Health Insurance as Personal Responsibility”.  Well, wait.  Many?  How about “A Majority” ??  89% of respondents who identified themselves as republicans and 64% of independents agreed.  Here is where the great divide in this country comes in: 62% of those identified as democrats said that the government is responsible.  Now when you click here to read Gallup’s story on the poll, keep in mind that the wording of the past polls and other polls never say that the other option is a “personal responsibility”.  It will be interesting to see if the pollster keeps this language.  I would argue that they need to in order to provide a consistent basis for comparison.

So these mobsters that are out protesting (peacefully) or showing up at townhalls angry about government intervention in healthcare – they are the majority.  News outlets like CNN, MSNBC, the New York Times, etc. and our elected leaders who call them fringe groups are wrong.  Plain and simple.  And they know it.  This is why the minority in power who are pushing for these changes are in a rush – because they know that public sentiment for anything like this has dried up and the crest of the wave against them is nearing.