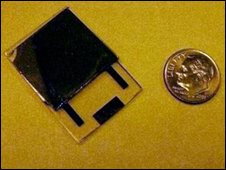 GorT was pleased to see this news story from researchers at University of Missouri. The promise that this kind of technological research is impressive. I’m waiting for the fearmongering to begin. You know, the fear of planes crashing into flashlights powered by these batteries.