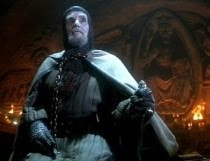 As mentioned below, Chancellor Merkel’s Christian Democratic Union, the Free Democratic Party and the Christian Social Union (a Bavarian, conservative sister party to Merkel’s CDU) won the German national vote this past weekend. Of note, is that the CDU and CSU lost votes to the slightly right-of-center Free Democrats. This group primarily espouses smaller and limited government and are opposed to government intervention in the economy. On the other side of the aisle, the Social Democratic Party took a significant hit: down from 34% of the vote in 2004 to only 23% of the vote this year. This sets the stage for Merkel to push through a reforming agenda to cut taxes balanced with an awareness of socio-economic matters. Witht he strong showing by the free-market championing FDP, look for Germany to start eliminating taxes and other governmental restrictions on businesses in order to revitalize its economy. One of the Free Democrats platform issues was a simplification of the German tax system. Currently, Germans have a progressive tax system with rates varying from 12 or 14% to 45%. Under the FDP’s plan, there would be three brackets: 15%, 25% and 35%. In a term much supported by the Gormogons, this platform pitch became known as the “beer coaster reform” in an attempt to get the whole tax return to fit on a beer coaster.
This election might be a forecast for the 2010 and 2012 elections in the U.S. It is possible that some of the Germans are aware of what a liberal party can do to a government now that the democrats control the White House and Congress here in the United States. Then again, maybe this slightly-right win in Germany will ripple over to the U.S. next year. I think it’s likely as the world is witnessing the failure of the left with all the promise that Obama held going in and the lack of results coming out now. Luckily, Germany heeded words like this and elected wisely.