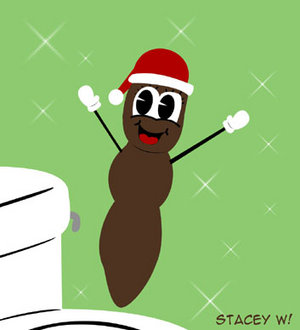 As loyal Gormogon readers surely know, Democrats are planning on unprecedented government intervention in Wall Street’s business. Bureaucrats will determine everything from proper salaries, to what constitutes a fair profit, to acceptable urinal spacing. ‘Puter made that last one up, but you get the drift.

‘Puter recommends the following to the Republicans. Go along with the Democrats on greater regulation of Wall Street, but take out the inevitable wackiness. Americans are going insist that “something be done” about Wall Street, so it’s best to appear reasonable, while cutting out stupid proposals that will cripple American finance.

GIVASHIT requires any entity (public, private or charitable) that receives more than a set percentage of its operating budget (‘Puter would say 10%, but Republicans should settle for 50%) from any government entity (federal, state or local) (1) be subject to the provisions of the Freedom of Information Act and (2) submit audited financial statements annually, available for public inspection. Affiliates of any covered entity would also be subject to GIVASHIT’s provisions. The only exceptions to covered entities would be based upon national security considerations.

GIVASHIT will prevent waste, fraud and abuse of government funds by making each American a private attorney general, with authority to investigate publicly funded entities on his own through judicious use of FOIA. And if covered entities don’t like the accoutnability, they can opt out from coverage by refusing to accept government funds. It’s a win-win.

Tell your Congressmen to GIVASHIT today! And don’t forget to tell him or her that your Gormogons are watching.