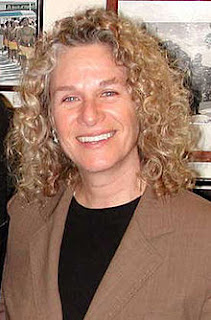 Carole King, songwriter (“Up On the Roof”, ‘Puters’ favorite – “The Loco-Motion”, “Don’t Bring Me Down”, “Some Kind of Wonderful”, etc.) was on Morning Joe and said the following:

I want them to learn that they’re there, and that they [wilderness in the United States] need to be protected in the future, because we have about 97 percent of our American land is developed. And the number, that three percent keeps dwindling, dwindling. We’ve got to keep our national parks in our minds as we go to protect new wilderness – which, new wilderness is really preserving the status quo. It’s a new designation, same old God-given land.

97% of American land is developed? Where has she been? GorT and family spent a week in the southwest and there was plenty of undeveloped land. Has she ever head of Alaska? I decided to get some hard numbers just in case any sane person actually cares to know.

As of 2003, the United States had a total land area of roughly 2.3 billion acres. Forested land is 28.8 percent; grassland pasture and range land, 25.9 percent; cropland 19.5 percent; special uses (primarily parks and wildlife areas 13.1 percent; miscellaneous other uses 10.1 percent; and urban land – the category most of us would characterized as developed land is a grand total of 60 million acres or 2.6 percent. We have more forested acres now than in 1945 by 50 million acres (almost the total amount of urban land area).

Look, Ms. King is a very talented songwriter and singer – let’s just say I’d rather hear some of her music than this Big Environment nonsense.