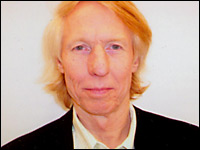 The typical reader here knows all about the ACORN scandal; indeed, consider yourself more familiar with it than any MSM newsreader.

We know all about the corruption and scandals on video, why O’Keefe did it, why Breitbart picked up on it, and why America is outraged. Heck, we even know why government agencies are dumping all support to ACORN. And yes, we even know why the MSM is avoiding this topic like the plague.

But one topic eludes discussion. Why would the ACORN workers do what they did?.

We certainly know what they did: they provided valuable advice on helping a (fake) pimp and (fake) prostitute dodge taxes, break the law, get on welfare, and help (fake) child prostitutes from another country be enslaved here. Why? Even far left whackjobs are stymied by that one. Who the hell would want to help someone enslaving children for sex?

Well, for one, a person who wants to drive as many poor or disadvantaged people onto welfare. A person doing that might want to collapse the government status quo, and basically bring down the system, man, so that it becomes ripe for radical reform. Who would be that kind of guy?

A man like Wade Rathke, who until quite recently, was the visionary and driving force behind ACORN. Did he make this statement back when he was a crazed radical in the 1960s? Did you even click on the link a paragraph above? No, as your Volgi explained to you, Rathke said that this very year. Here is a great introduction to Wade Rathke, and everything that ACORN serves to do under his masterplan.

Remember, a pimp, prostitute, and a dozen or so El Salvadoran slaves are fourteen more welfare recipients than we had yesterday. Kudos to O’Keefe and all, but ACORN was known to be an evil entity for many years before Obama became a household name. No one was listening. So if the plan involved getting people onto welfare, what about those thankfully imaginary kids? Why would anyone turn the other way when kids were seemingly in clear and present danger?

Progressives gotta break eggs to make an omlette. You may not be aware, but some of the President’s mentors stated that 25 million people would probably need to die in order to re-eductate Americans about the progressive movement. These folks, Ayers, Jones, Dohrn, et al., were all students of the famous Saul Alinsky. As was Dale Rathke, with the SEIU, and his brother Wade…the same Wade we see upstairs. But while Ayers and Jones went off to build bombs, Wade Rathke elected to work for something called social justice. He founded ACORN, but never strayed terribly far from his Alinsky influences. No, he never advocated killing 25 million people.

But he was very comfortable with killing republicans as recently as last year. You think he gives a crap about a bunch of whiny kids?