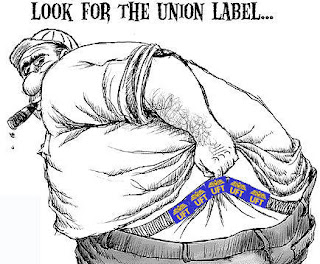 Back in the late 70’s and early 80’s there were a series of commercials that looked to promote the idea of purchasing union made products. They even had a little jingle “Look for the Union Label” that all of the workers would sing.

With today’s appointment of Denis Hughes – who just happens to be the president of the New York state AFL-CIO – as the chairman of the Federal Reserve Bank of New York, that jingle may need to be updated to “Look for the Union Payoff”.