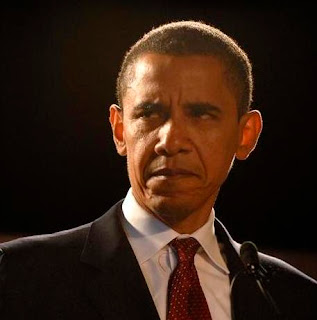 Thank you for all your support and encouragement. Yes, the Czar has read all 1,017 pages of the HR 3200 bill, and you can read his assessment of it.

As far as the Czar knows, everyone who has read the Czar’s review has decided this bill is a disaster of epic proportions. However, if you support the President’s bill, you may wish to ask yourself if you really agree to the following.

Read the Introduction, which not only explains why the Czar took this on, but also makes a great joke about Waxman looking like a bad guy from a Hellraiser movie.

Read pages 1-100. The government makes it clear that it intends to be an insurance company, complete with procedures, administrative processes, and corporate functions. The bill does not address how the government can prevent becoming a monopoly, thereby eliminating competitions and fairness which purport to keep costs down. Can supporters explain how the bill will prevent monopolization?

Read pages 101-200. The government plan creates a situation in which, if everything works right, costs are initially lowered for plan participants. However, as the details unwind, costs will inevitably rise as the market analogy contains a serious flaw. Can supporters find the financial flaw?

Read pages 201-300. The plan intends to increase funding for non-healthcare-related services but openly admits that it will cut funding to interdisciplinary patient therapies intended to rehabilitate sick or injured patients. In other words, they will pay more for ancillary services like beauty shops, but cut pay for occupational therapies. Further, the bill fails to reform healthcare as much as it directly aims to rewrite portions of both the Tax Reform Act of 1986 and the Social Security Act—making it impossible to undo this bill later without a complete overhaul of two massive aspects to American legislation. Can supporters explain why therapy funding is reduced while non-medical services funding is increased?

Read pages 301-400. The bill’s numerous cross-references, backtracking text, non sequiturs, and lack of organization indicates that it is a slap-dash pastiche of various reform proposals from the last ten years. As a result, this creates the fallacy that its authors understand the implications of the bill, for they assume that the original sources of contributing material understood what they were writing. This creates a problem of context, in that the bill severely lacks organization. Do supporers want to pass 1,017 pages of legislation that show a lack of comprehensive structure?

Read pages 401-500. The bill continues to create new agencies, commissions, and review boards, but fails to demonstrate a plan to achive its two basic goals: the accessibility of healthcare for all Americans, and a reduction in healthcare costs. All references to these two goals are invariably dismissed as “to be determined later.” What is detailed is an often bizarre or incomprehensible mix of unrelated suggestions that detail only spending money, not saving it. Can supporters explain how these provisions reduce costs, net, and increase availability?

Read pages 501-600. The government will take over and control nursing homes, putting organized labor (that is, union) goals in charge over management and ownership. Provisions in this bill give the Secretary of HHS nearly limitless power, with no recourse or redress for those accused. Can supporters explain where the power of the Secretary is balanced and limited?

Read pages 601-700. Continuing on the takeover of nursing homes, we learn that state control over local nursing homes can be invalidated, and that the federal government can force a nursing home to participate in this program or face closure. If closure occurs, residents can be relocated at the sole discretion of the federal government, regardless of patient or family considerations. Expanding this, the government intends to seize control of hospital residency programs, determing for the hospital how they shall best assign and deploy their residents, including how many should be hired, regardless of payroll budget. There is also an examination of how landmines have been planted throughout the bill, so that critics demanding retraction of a controversial section can be accused of rejecting an unrelated, but cleverly incoporated, medical necessity. Will supporters welcome letting the government decide the disposition of their loved ones?

Read pages 701-800. The bill openly ignores the effects of malpractice and makes no effort toward reducing the primary driver of healthcare costs: malpractice insurance payments. Instead, a litany of intimidating restrictions and regulations will be created to monitor doctors’ decisions and business methods. Doctors who fail to operate under the aegis of this reform act suffer a signficant loss of ability to treat, refer, or recommend treatments. Later, we learn that many of the controversial questions conservatives are asking about this bill—abortions, death panels, and so on—are not prohibited in this bill, and that broad, sweeping language technically allows for all of the concerns critics are raising. Can supporters explain where the bill corrects malpractice and claims against doctors, acknowledged as the greatest cause of healthcare costs?

Read pages 801-900. In these pages, we discover that the government retains the right to perform financial audits on Americans to determine their ability to afford medications in a warped pre-qualification process over which the auditee has no say or recourse. Further, the federal government would retain the right, unconstitutionally, to enter into private homes for the purposes of performing unspecified wellness checks on children or expecting parents, whether the parents give permission or not. Punishment for failure to allow access is unlimited, including removing the children from the home. Do supporters believe that detailed review of your taxes and insertion of federal agents into your parenting leads to lower costs and wider availability?

Read pages 901-1,017. The bill prepares to build a paramilitary-style corps of medical personnel, who will serve at the CDC’s discretion and could be assigned as desired, supplementing, or even monitoring, local medical personnel at healthcare facilities. The remainder of the bill continues to specify even smaller levels of federalization, increasing government control but making no attempt to achieve the goals of healthcare reform. Do supporters concur that a paramilitarized medical force that reports to the President under the Secretary of HHS fulfills a needed function in healthcare?

Reading this bill in its entirely leads to some inescapable conclusions: the supporters and authors of this bill clearly do not understand its contents, nor do they understand all possible interpretations and implications. Serious lacks of checks and balances allow the Secretary of HHS nearly total control over every health decision made, and seemingly ridiculous charges made by critics can indeed be substantiated by the low-quality writing that comprises this bill. While supporters concede that bad aspects are always fixable, the sheer amount of changes this bill requires to existing legislation essentially prohibits self-correction. As such, this bill is by no means ready for serious consideration, let alone a vote into law.

But the Czar realizes that this bill is very much like President Obama himself. Rushed through without proper review, and containing an unfocused blend of various liberal and radical ideas, the bill promises extensive reform, but ultimately cannot provide specifics beyond trivial process and procedure. The contents are pro-lawyer but anti-doctor, misinformed on how business works beyond the abuse of buzzwords, but is fully incorporative of labor union interests. The bill, like the President, raises a specter of of increasing fundamental central control coupled with an élitist dismissal for consequences; in the end, its scattered attempt to be a panacea to the nth degree produces a framework that is merely a framework: it is a blank slate, onto which the supporter pins his own hopes and goals, without anything within justifying that faith.

The President continually expresses dismay that his efforts toward so-called reform are being rejected by ever-increasing numbers, and he openly wonders whether we can sustain our existing healthcare infrastructure without his help. To that, we answer Yes. We Can.