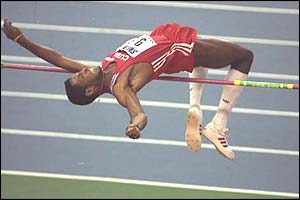 Why are the Republicans even bothering to put up a fight on Judge Sotomayor’s confirmation? The Democrats have the votes not only to confirm Judge Sotomayor on a party line vote, but to also vote cloture on any threatened Republican filibuster (assuming Sens. Byrd and Kennedy are healthy enough to travel to Washington). Why not make Democrats own this fiasco?

Now, ‘Puter’s not advocating caving in. Why not simply have Sen. Sessions (ranking member) read a blistering statement after Judge Sotomayor’s introductory speech, then leave the hearing room with the Republican committee members and spend the rest of the day working the cameras with their talking points?

The press would have to cover the Republicans’ refusal to participate in confirming Judge Sotomayor, likely at the expense of covering the hearing itself. In so doing, the Republicans’ message would garner much more widespread attention. Republicans like Sen. Sessions and Rep. Kantor could spend all day in front of the cameras discussing Judge Sotomayor’s history as an unrepentantly liberal, race-conscious judge. Republicans could pound Judge Sotomoayor’s bogus newly claimed respect for the rule of law with her own speeches and writings. There is an opportunity to clearly contrast conservative judicial philosophy with liberal philosophy, such as it is.

Of course, this is ‘Puter being pie-in-the-sky. ‘Puter knows Washington will not change. Republicans and Democrats are both too wed to the status quo (and too enriched thereby) to ever consider changing it. And Senators like to see themselves on TV. Makes the constituents think they’re important and “doing something,” don’t you know.

The Republicans cannot stop Judge Sotomayor’s confirmation, but they don’t have to actively participate in seating a justice whose stated positions are antithetical to the rule of law.