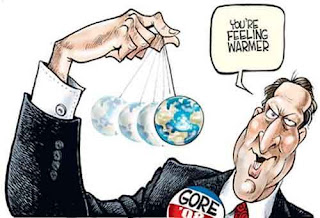 In these days of instant gratification, the general public is led about by the nose by a twisted pairing of professions. On one side we have the media, starved for ratings and competing for attention in the 24-hour news cycles and easy access internet. On the other side, we have “scientists” (quotes intended as will become apparent) who, similar to the media, fight for attention in order to get funding for their personal areas of research and focus. Combined they create a vicious cycle of attention-mongering that feed off of one another. “Scientists” desperate to make a name for themselves, desiring to distinguish themselves or trying to gain more funding, seek out a public platform to incite support in the short-attention span theater in which many of us sit daily. They end up short-cutting traditional and proper steps to good science such as the Scientific Method. One wonders if they forgot their middle-school educational introduction to the idea of controls, hypothesis, data collection, etc. and the need to revisit theories and models when new data is available. If we didn’t embrace this approach, we’d still believe that the Earth was flat and the heliocentric model of the Solar System is heresy. This is exactly why I termed those in the scientific fields that advocate certain positions without even the slightest consideration for alternate theories based on factual data, “scientists”. I wish I knew a better term as it really denigrates those honest to the profession.

What worsens these matters is the addition of the modern-day politician. Talk about attention-seekers. Adding them to create this unholy triumvirate institutes a machine that is almost unstoppable. We’re witnessing that today with the whole “Global Warming” mess. Now everything is a crisis, and we know that the current administration loves to capitalize on crises. So with factually-weak science broadcast by attention-starved media to incite the masses and power the passage of dangerous legislation and governmental restrictions by our modern-day politicians puts us in a precarious position. Are we about to allow legislation that will radically change our lives, reduce the economic growth worldwide and stymie real technological advances? Are we toying with a natural cycle of the Solar System that we don’t understand given that most Global Warming models don’t account for the Sun or water vapor? Man remains insignificant next to the raw power of nature. We can’t even accurately measure how much CO2 is contributed to the atmosphere by humans – we continue to estimate it and use models to predict it based on “factors”.

When I was in 7th grade, I entered my first of many science fairs. My project was a study of acid rain. In the early 1980s, it received plenty of press – not to the scale of Global Warming, but the times were a bit different. I grew bean plants and watered them with water with different acidity levels based on chemical acids found in “acid rain”. Do you know what the conclusion was? That a little acidity actually produced the best results. While not exactly equivalent, a little CO2 is a good thing – the ecology of the planet depends on it. So instead of outlawing this “greenhouse gas”, maybe we should apply some of those resources towards better science.

Luckily we have beacons of honesty out there like Professor Ian Plimer. I’ve recently added his book to my reading queue and will report back on it later. The Spectator has a great interview with him as well – it’s worth a read.

As I look forward to a late July weekend in the nation’s capital with temperatures in the 80s and I hear reports from Chicago where they had a record cold summer day last week and the ‘Puter hasn’t shaved off his winter fur, I wonder what the future holds for the proponents of Anthropogenic Global Warming? Will there be public outcry and embarrassment of said offenders? Maybe an accounting for the federal funds used to “study” and promote these positions? Doubtful. But I can keep hope alive.