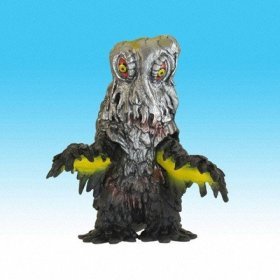 While your Mandarin and his son were watching a Phineas and Ferb marathon we were constantly being bombarded with commercials for Disney’s new environmental project called Friends for Change: Project Green. On the face of it, it is an effort for children to take a more active role in “saving the environment” by conserving resources, and hey, who’s not for that. The web site offers such tips as changing from incandescent light bulbs to fluorescent bulbs, washing clothes in cold water instead of warm water, turning off the water while brushing your teeth, etc.

What has your Mandarin perturbed is a line in the commercial where all of the Disney “stars” such as Miley Cirus, the Jonas Brothers, et. al. encourage you to join them in pledging allegiance to the planet. Without sounding as if I am Xenophobic, I think that we should not be encouraging our children to pledge their allegiance to the planet, but rather to their country, whatever that country is – realizing that Disney is a vast empire seen in almost every corner of the globe.
The goal of being a better steward of the planet is a noble one, and one that your Mandarin supports.

But what is the real goal of this program? Is it truly an effort by Disney to get children involved in saving energy and helping to clean the environment, or is it an effort to indoctrinate children into the “cult” of climate change? I suspect that it is the later. It is bad enough that children are being turned into little “party members” at school and encouraged to spread the message at home. I enjoy nothing more than being lectured by a 1st grader that by keeping the refrigerator door open for 30 seconds that I am killing the polar bears. Next thing you know, they will be asked by their teachers to keep logs as to how long mommy is in the shower, the temperature that daddy has the thermostat set at, and how many lights are on in the house at any given time.

I think it is time to really explain to our children that there is a fine line between caring for the environment, and being used by Luddites that believe that humans are parasites on the Earth that must be removed. In addition the idea of moral relativism and the belief that a human life is no more important than the life of an animal is abhorrent to me. The climate change true believers don’t care if their actions destroy human life or the quality of that life, only that the planet is saved. In the long run the planet will be just fine, it is us that I am worried about.