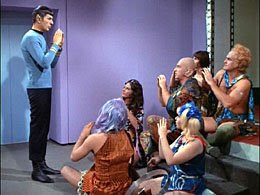 With regards to the humorous post about running Firefox, it is amazing to see that certain parts of the government are savvy enough to run it while others aren’t. However, I can’t really disagree with the point that installing / running Firefox on the State Department’s network isn’t free. You see, the real problem at the core of this issue is that the government’s procurement process and staff are, by and large, broken and incompetent. I do not mean this in a disparaging way to any individual.

Follow me here: pressure mounts from savvy end users for an alternative web browser (since Microsoft STILL can’t get a web browser right even after trying to claim that it was integral to the Windows operating system and couldn’t be separated). In response to the pressure, some government program manager gets up the guts to propose adding Firefox to the baseline applications on the network. The contractor running the IT support desk waves their hands claiming that this is a change in scope to the contract and demands an ECP (Engineering Change Proposal). After the government spends thousands of dollars authoring a terrible RFP (Request For Proposal) for this change, the contractor spends thousands of dollars authoring a response to the RFP. The government contracting office then spends some more money evaluating the technical and cost aspects of the response. The proposal contains management reserve, engineering SWAGs (Seriously Wild Ass Guesses) as to the extent of the effort required, etc. And let’s be honest, there are security issues identified periodically with Firefox and upgrades to apply, so some amount of work needs to be accounted for somewhere. So the evaluators (who mostly didn’t know about Firefox or think about putting it on the network in the first place) think, “hey, this proposal is pretty good.” Bam. Firefox 5.3 shows up on the State Department’s network in 2012.

So, yes, the government should be more savvy about OSS (Open Source Software) like Firefox. But until other problems such as the procurement process and the suckling at the government teat without stringent program-level oversight by federal contractors, we will continue to encounter interviews such as this. It does provide for some good entertainment. And seriously, for anyone working for Microsoft who reads this: (1) Gazelle better not suck after years of Internet Explorer and (2) read up on the web standards like XHTML and start adhering to it.