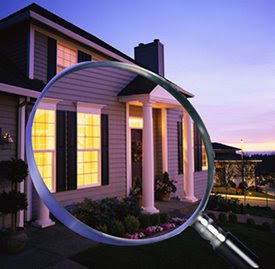 Deep breaths…has anyone read the “cap and trade” bill a/k/a the Waxman-Markley bill? Maybe it was a little hard given that the democrats dropped a 300-page amendment on the floor at 3 a.m. Want some nice reading material – go look it up and read Section 304, “Building Energy Performance Labeling Program”. This little gem of a section mandates, upon the signature of the bill into law, that all homes be 30% more energy efficient than the current building code. This increases over the next few years – 50% in 2014 and higher until 2030. Want to sell your house? Not so fast – you will likely have to get it inspected and measured for its energy efficiency. If it is deficient, you’ll have to fix that. Of course, Big Government is here to help right? Well, kind of. There are limits of a program supported by this bill (Retrofit for Energy Efficiency Program – REEP) where the government will subsidize some of the changes…up to 50% of the costs. Need to drop in a new HVAC unit for $10,000? Maybe new windows? insulation? Add it up, and you’re footing half the bill. Oh, and yes, the costs of the inspection. And there are provisions for what kind of light bulbs and what wattage bulbs you can use in your house. ‘Puter is going to have a cow when they mandate that he destroy his wood burning stove as it likely won’t meet their standards.

Don’t forget, this bill comes on the tail of the Obama administration’s suppression of an EPA report by a 35-year veteran of the EPA wherein it states that “that global temperatures have declined for 11 years; that new research predicts Atlantic hurricanes will be unaffected; that there’s ‘little evidence’ that Greenland is shedding ice at expected levels; and that solar radiation has the largest single effect on the earth’s temperature.” Where have you seen that before?

And don’t forget, we just had a housing crisis – so who is going to fix up all those foreclosures so they meet this new code?? Just freaking ridiculous…Waxman and Markley need to be asking one question, “do you want fries with that?” They have no business representing America in this fashion.

For more education on this big brother bill clearly backed by the Big Environment, check out this excellent blog post at And So it Goes in Shreveport and the American Issues Project.

“Land of the Free” – not for much longer.