↓
Home→'Puter's Always Right→Depart, I say; and let us have done with you. In the name of God, go! 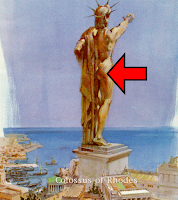 ’Puter, whom rumor has it is always right, has hit the mot juste in describing Mark Sanford as a “colossal ass.” Moreover, he’s obviously a narcissist of the first water. (Sanford. Not ’Puter. Necessarily.)

As Mark Steyn pointed out, Narcissism is increasingly an occupational hazard for our élites who live in a bubble in which their wealth or their ability to write the rules with exemptions for themselves seem to be existing more as an aristocracy, with vaguely meritocratic criteria for getting in, but no sense of noblesse oblige due to the fact that they’ve gotten to where they are by being their wonderful selves and therefore deserve it. They got into Harvard! They got a role in a movie! They got elected to Congress! And therefore they deserve to rule their inferiors!

Amazing, institutions seem to go along with this madness. Chris Brown incontrovertibly beats his girlfriend’s face bloody? Jail time? Please. President Clinton attempts to suborn perjury to make a sexual-harassment claim go away? Ha. His accusers are dorks! And nobodies!

Sanford is Exhibit 2,312 in this grotesque folly, though hardly the worst, given that his cheesy telenovela of an affair (Maria, la Amada del Gobernador Sexy, ¡Lunes a viernes a las 10 ET/9CT!) ultimately an inconsequential sideshow in the statehouse of a third-tier state*.

Nevertheless the worst aspect of this seems to be the governor’s increasingly unhinged lucubrations on What It All Means and how this was truly a Love Story and how perhaps staying in office would be a Story of Redemption that would set a fine example for his adolescent boys. Be assured, the Gormogons are fueling up the Gormojet at Castle Gormogon to dispatch the Mandarin to Charleston with his new titantium-toed gut-booting boot.

What disturbs the Gormogons’ Œc. Volgi is that this kind of perhaps-Providence-wants-what-is-most-beneficial-for-me thinking seems more and more common even outside the realm of pathologically self-involved politicians. It is the guiding metaphysic of Oprahism, and it has made significant inroads into Christianity, particularly (though hardly exclusively) evangelical Christianity whose dearth of formal theology gives various preachers leeway to preach to the choir. The whole “Prayer of Jabez” phenomenon, which seemed to teach that Jesus Wants You To Be Rich, is merely a conspicuously successful example.

One hears an echo of this in Governor Sanford. Christianity was not preached for a rich, comfortable society like ours. It gives much greater and immediate solace—and guidance—to the poor, the outcast, and the suffering. To a wealthy businessman or a governor, who gives generously to charity, worships his God regularly, etc., and tries to be good, there’s often a lack of sophisticated, intelligent ethical guidance.

Though, of course, this is hardly Gov. Sanford’s excuse. One suspects that however cursory his religious education may have been, he likely noticed the Thou Shalt Not up there just behind Murder and just ahead of Steal.

So, yes, Governor, Jesus Loves You—yeah, I know. But that doesn’t mean he’s not pissed as Hell at you for what you’ve done to his equally beloved children, Mrs. S. and your sons (and perhaps even Maria, la Amada). What should you do? Stay in office and offer everyone the Shining Example of You? F—, no.

Let me suggest a relevant precedent. John Profumo, MP, having served with conspicuous distinction in Parliament and the ministries of Foreign Affairs, War, and Defence, engaged in a much more lurid affair with a 19-year-old prostitute who was simultaneously professionally engaged with the Soviet naval attaché. Not only did it end his career, it brought down the Macmillan government, and engendered much fear (apparently misplaced) of the national-security consequences. Profumo confessed, resigned and disappeared from public life in 1963.

Where did he go? He volunteered to do scut work at an East End charity where he worked for the rest of his life without drawing pay (he was descended from an Italian aristocrat and insurance magnate). Eventually, the charity’s management persuaded him to take a promotion from dishwasher to chief fundraiser, where he worked tirelessly to raise money, not least from his extensive network of political and social contacts. His name reappeared in public only in 1975 when he was granted a CBE for his charity work.

John Profumo was a much more accomplished and invaluable man than Mark Sanford, and yet the British government soldiered on without him. Meanwhile, he helped thousands of Britain’s poorest citizens without ever asking for thanks or recognition. He did wrong, then he did very, very good.

Gov. Sanford need not dedicate himself to such a profound form of penance (though who wouldn’t be impressed if he did), but, pace his maunderings on the subject, his sons, his wife, and presumably the Lord & Savior whom he invokes, would be better served by his example were he to pursue virtue rather than fame, and the well-being rather than adulation of his fellow citizens.

*Apologies to Mrs. GorT et famille, but the Palmetto State is 24th by population and 40th by area. Maybe second-tier on a good day. If it helps, only the Mandarin, Czar, and Ghettoputer live in consequential states, and in the last’s case, as he’ll tell you in heated tones, it’s only because of a hated megalopolis which lies farther from his house than Ottawa, Detroit, Wheeling, and Washington, D.C.