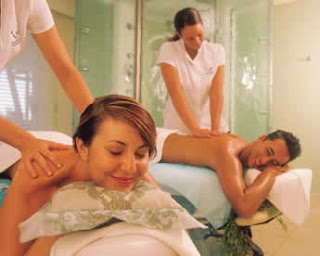 Anyone who has read historical books about the early American “politicians” (i.e. Washington, Adams, Jefferson, et al – and quotes on purpose as you’ll understand shortly) will clearly know that none of these people viewed the role of state representative, congressional member or president as a job or career. In fact, many reluctantly served those posts and then quickly returned to their families, farms, law practices, medical practices, lightning experiments, etc. It was viewed a civic duty that they were honored to serve and then leave. Largely because we, as a country, had just extracted ourselves from under a oppressive monarchy where politics was a career of sorts – generally for life.

Fast forward to the present and we’re seeing a lot more of that. We have “career” politicians who have never or very briefly had to actually work in the private sector to earn a living. By no means am I implying that the country can run itself and we’ve grown to a size where that management isn’t insignificant. However, as the saying goes, “power corrupts”.
Case in point: the front page of the WSJ today has an article exposing the travel expenses of congressional members. It has grown by 50% since the democrats took control and the costs of these travels have risen 70% since 2005. Keep in mind, these are the same people that blasted oil executives and banking executives for trips to Las Vegas and other spots. Hypocrisy? No, see congressional members defend these trips by claiming that they are traveling to learn about the world and improve relationships with other nations. That’s why a bunch went to the Paris Air Show with their spouses on an Air Force jet that costs the taxpayer $5,700 per hour to operate (that’s about $40,000 for the 7+ hour flight between DC and Paris). And, of course, to learn you must be comfortable, so why not stay at a $460 per night hotel in Paris while we’re at it? Maybe they did learn something, I’d like someone in the press to ask Rep. Brian Baird (D-WA) what he learned (according to him it was about global warming) while travelling to the Galapagos Islands with his wife, and four other lawmakers and their families. In the four days, they spent $22,000 on meals and hotels (if anyone is curious, it’s an 8 hour flight from DC to Quito, Ecuador and another 2 hours from Quito to the islands, which on the Air Force jet would rack upa cost of $62,700). The reported itinerary included a tour of the breeding center, dinner with the scientists, a trip through the national park and a boat cruise to see sea-lions and white-tip sharks.
So while you, our valued readers, are busy working and sitting in traffic and dutifully paying your taxes, our elected representatives are touring the world with their families on our dime. Think about this the next time one of your friends or family members says that we should pay more taxes to help the government. Help them do what?