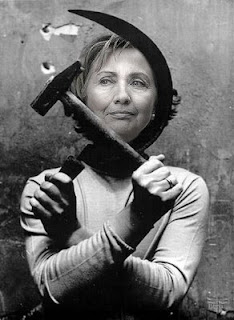 The situation in Honduras is starting to get some attention. Unfortunately, I’m not convinced it’s the right kind of attention. Simply put, the Honduran military unseated the current president, Mel Zelaya, for his abuses of their national constitution. Apparently, some of the military didn’t care for his view of democracy, especially when it started to appear more like a dictatorship. Not surprising, considering that Mr. Zelaya pals around with Hugo Chávez. Re-writing of the Honduran Constitution can only be achieved through a constituent assembly authorized by the Congress. The Honduran Supreme Court declared Mr. Zelaya’s attempts unconstitutional and ordered the military not to execute the logistics of the vote. Infighting continuing with Mr. Zelaya firing the top military commander after he said that he would comply with the Supreme Court. The Supreme Court reinstated the commander and the former president fled to Costa Rica. There are outbreaks of support for this move in the streets of Honduras with cheers for the promise of more freedom, development and peace.

So what’s the problem you may ask? Support for Mr. Zelaya is rising. Mr. Chávez has pledged to overthrow the resulting government, Fidel Castro has condemned the actions of the Honduran military and Supreme Court, and our very own Secretary of State, Mrs. Clinton has accused Honduras of violating “the precepts of the Interamerican Democratic Charter” and called for a condemnation of the actions.

After President Obama’s lame and/or timid response to the events in Iran, this reaction by his administration is of no real surprise to your Gormogons. However, we feel that these actions should begin to serve as a wake up call to Americans. This wake up call should ask each and every one of us: what do we, as a country, stad for? In the past, it would be an easy answer: Freedom. Country after country has looked to the United States as an example of a successful democracy (technically a representative democracy). They look to our Constitution as a guideline. They model their governments after our governmental structure. So what do we stand for now? Is it so easy to answer anymore?