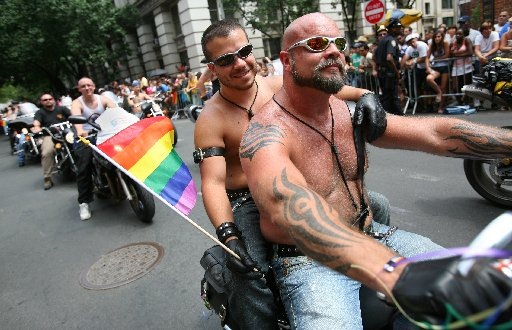 Oh no! President Obama has angered more of his supporters by failing to use the enormous powers of the US government to force legalization of gay marriage. Evidently, candidate Obama made some promise that he would repeal the Defense of Marriage Act, but now President Obama says he basically does not have time for bull poopie like this.

See, the Czar has a solution. The LGBT community made a serious error by demanding he live up to a promise. Ordering the President to live up to your expectations is as useless as, well, ordering the Mandarin to show a bit of charity. You can bet the three words no, chance, and jackass will shortly appear.

Instead, the LGBT folks should simply have requested that the President…

(d) State that marriage is “Too gay to fail,” and send out $9 billion in aid

Pretty sure history will back up this business plan.

*Quiet, ‘Puter. Everybody hears you snickering.