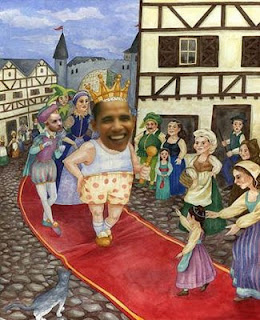 When will the press pressure this administration on specifics?  Likely never.  The latest irksome event is President Obama’s statement yesterday that the stimulus effort has “saved or created” 150,000 jobs already.  I’ll try to keep this rated PG:  What a bunch of bologna.

How does one actually measure the number of jobs “saved”??  The Gormogons have seen this coming (although it was democrat O’Malley using the term “jobs supported”) so it’s nothing new to us.  In the past, presidents have been judged on the number of jobs created or lost.  For a number of years early in the Bush administration, the opposition would gripe about the number of jobs lost.  Fair enough, that’s a measureable statistic.  Then, things turned around and a large number of jobs were created.  Again, a measureable statistic.  Fine.  Now, POTUS Obama wants to be judged on the number of jobs “saved or created”.  Why not just say, “number of jobs not lost”, because that’s a really good number, right?  Let’s be perfectly honest here: since the stimulus bill was approved by Congress the United States has lost 1.6 Million jobs.  If the president’s numbers are correct, then we really lost 1.75 Million jobs and he “saved or created” the difference.   As pointed out in this WSJ opinion piece, we should not forget that the Stimulus Bill was passed with the promise that unemployment wouldn’t rise over 8%.  Oops.  Maybe someone from the administration can come out and say, “what I think the president meant to say was 10%”.
And don’t think that this is a partisan view of things, even some democrats have seen though Obama and Geithner’s ruse:

Clearly this administration appears to be all about how things “look” and not actually dealing with reality.  And, unlike the ‘Puter, they are not always right.