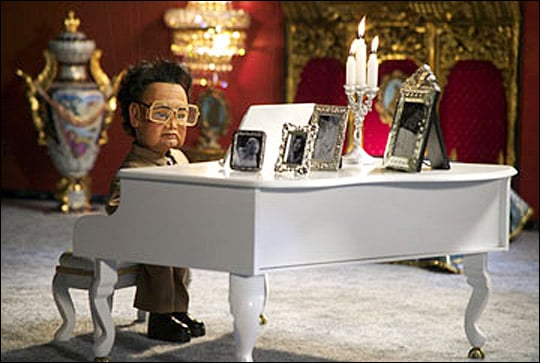 Doesn’t Kim Jong Il have a compelling personal story? Like Sonia, he grew up in a poor neighborhood (North Korea), yet he’s managed to become a nuclear power, shattering the glass ceiling to take his seat at the old nuclear boys’ club. Isn’t that an inspiring narrative? Once upon a time you had to be a great power, one of the Big Five permanent members of the U.N. Security Council, to sit at the nuclear table: America, Britain, France, Russia, China, the old sons of power and privilege. But now the mentally unstable scion of an impoverished no-account backwater with a GDP lower than that of Zimbabwe has joined their ranks: Celebrate diversity!