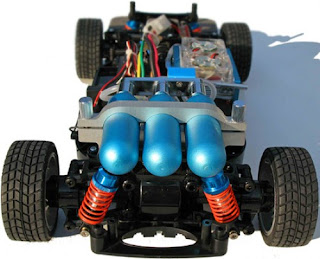 Apparently using his magic crystal ball, Secretary of Energy, Steven Chu has decided that fuel-cell vehicles will not pan out in the next 10 to 20 years and will eliminate government funding for research programs in this field. At the same time, he is ramping up the funding for the FutureGen power plant (it helps to have friends in high places, I guess).

While there are problems with the efficiencies of current fuel cells (somewhere around 50% as efficient as internal combustion gasoline engines), advancements are being made and breakthroughs are possible. Fuel cells do suffer from the fact that the infrastructure hasn’t been deployed – there are very few hydrogen refueling centers around the country. So why cut the program? Well, I think J. Byron McCormick who used to sit on the DoE’s Hydrogen Advisory Committee (and formely the head of GM’s fuel-cell program) can fill us in. In a statement after resigning from said committee, he said, “And as I thought about the decision [to cut the budget for fuel cell programs], how it was worded, and the fact that the budget was zeroed, I didn’t feel I could in any way appear to be supportive. … And quite honestly, I didn’t want to put my energy into debating people who … have never touched real hardware, tried to build businesses in this area or dealt with real customers using real products.”

This, of course, is not new news to the Gormogons. This is the concern we share over nationalized healthcare – where a similar comment in the future could read, “I didn’t want to put my energy into debating people who … have never diagnosed a real patient, tried to save someone’s life on the operating table, tried to tell someone that their relative was dying or dealt with the immediate needs of real people with real medical problems.”

Programs like the fuel cell research are exactly the kinds of programs that should be used for “stimulus” activities. “Shovel ready” (if they do exist) projects that the Obama/Pelosi Stimulus Bill targeted (along with the pet projects that were left in) don’t provide the kind of long term growth of industries and new markets that fuel cells or other innovations could. One only has to spend some time on the fancy websites like Gov. O’Malley’s (D-MD) StateStat site and look carefully. The “stimulus” money measuring stick is in the number of jobs “supported” not “created”.

Note: the picture is of a hydrogen powered fuel cell RC car.