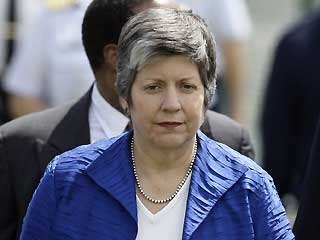 For those who haven’t read DHS Chief Janet Napolitano’s briefing (I have in full) that has been making all the ruckus, it’s worth a read. I might argue that it is either mis-classified or is being mishandled by some but maybe that’s not a surprise. It is disturbing that it identifies anti-abortion (like our pastor, the nuns that taught at my elementary school, etc.), anti-illegal immigration (a majority of Americans) and pro-2nd amendment (all of us here) citizens as possible “violent right-wing extremists” that potentially are a national security issue. Furthermore, we’re going to recruit our returning military members who are combat trained (no duh) into our “extremism”. Wow. In all the accusations against the Bush Administration, can anyone point to a 9-page written report distributed to all federal, state, local and tribal law enforcement agencies that called out the “left-wing extremists”? You know the “Battle for Seattle” in 1999-2000? Or the 2008 RNC in Minnesota? Do a search and I think it’s evident that anti-capitalists, anti-free trade, and anti-industry (i.e. Big Environment) are significantly more violent in their protests.

I have yet to read or hear any news about the TEA Party protests turning violent. No windows being smashed, cars set on fire, police in riot gear forcing back an unruly crowd with tear gas. Democrats are brushing these protests off either by ignoring them or by characterizing them as these “extremists” – they’re missing the point. The bloom is off the rose and people are starting to see what Big Government is all about. By the way, take a listen to Gov. Perry from Texas after reading the 10th Amendment:

The powers not delegated to the United States by the Constitution, nor prohibited by it to the States, are reserved to the States respectively, or to the people.