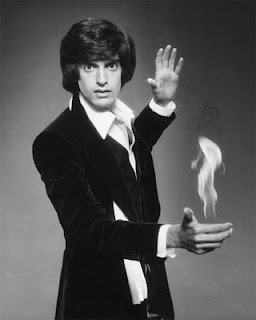 POTUS Obama’s budget is the largest ever which the democrat-heavy Congressional Budget Office has forecasted that the deficit will total over $9 Trillion over the next 10 years. Bush ended with about a $500B deficit. The White House estimate for 2009 is $1.75 Trillion (CBO is
higher by $100B) – largely due to the bailouts started by Bush and continued by Obama and if the economy turns around (the turnaround is expected, but the White House is hoping for a 2% growth, followed by a 4% and then a 6% annual growth which is unprecedented) then the deficit in 2012 is estimate at $600B (roughly). However, some of the Obama plans call for out-year payments which extend 10 years (to 2019) at which time, the deficit is estimate to have re-grown to $1.2 Trillion.
A liberal I know argued that we need to “spend our way out of this” which was likened to trying to drink one’s way sober.
Clearly, it’s all an illusion, right David?