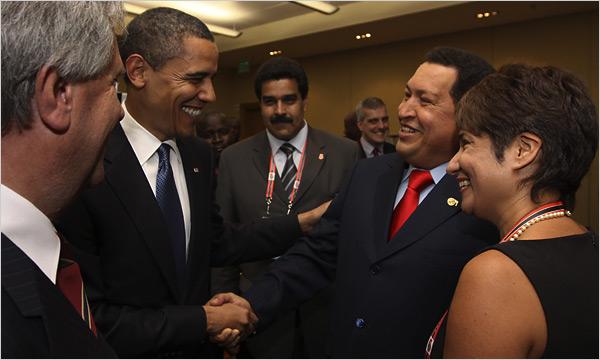 Crap, I won’t even buy gas from Citgo and my president is yukking it up with the hemisphere’s leading anti-American dictator, now that Fidel is ailing. My only hope for a backstory in this picture:

…is that Chávez tried to slip the President a soul-brother shake and Obama realized what a sleazy little troll he is. Because if Obama’s actually smirking because of some shared joke, Confucius* says: Puke.

For those who came in late: Confucius is the given name of the Gormogons’ Œcumenical Volgi.