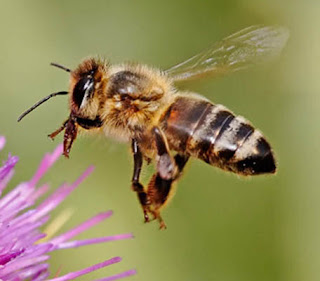 No, that’s not the sound of a buzzer, nor is it the sound of all the news outlets reversing the reports naming the faux global warming as the culprit – it’s the sound of the honeybees celebrating freedom from the global warming debate…hopefully.  Turns out that scientists in Spain have isolated a parasite thought to be causing the worldwide decline in honeybee population and they have begun treating it.  Left untreated, this could devastate the ability of plant reproduction by eliminating the pollenators.