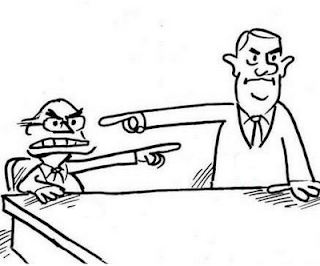 It seems like the popular talk these days is about the AIG bonuses.  In my opinion, had the market been allowed to work without government intervention, this wouldn’t be a topic at all as the contracts stipulating the bonuses would have likely been renegotiated or nullified during a Chapter 11 proceeding.  What the effect of AIG going bankrupt would have done to the market is unkown.  I’m sure plenty of people will argue and say that it would be more disasterous but really we don’t know.   It would be speculation which is the reason I stated “would have likely been” in my statement about the bonuses.

I’m less worried about the bonuses than others appear to be.  More concerning to me are the reactions.  We have those who are protesting and issuing death threats to AIG employees – really, that’s how we should respond?  We have democrats in the government pushing legislation to issue a special 90% tax on bonuses for government-bailed out firms.  That sets a bad precedent.  If the government doesn’t like what a company did contractually and lawfully, they are going to target it specifically?  It’s likely that the legislation will wither on the vine as it is probably unconstitutional, even President Obama recognizes that.  But the reaction of outrage from the government when they knew this could happen is reprehensible.  I’m sure a large number of them have served on boards or have close friends who do and they are well aware of executive bonuses.  I’m sure some congressmen are counting on that as part of their employment package when they get kicked, I mean elected, out of office.  Sure, if I were unemployed (thankfully not) due to these economic problems, I’d be angry about these bonuses – but then I’d really just be coveting what others have, and not really doing anything to better myself.  How many times do responsible parents have to tell children (young and old) that life isn’t fair?  Socialism and wealth redistribution isn’t going to help that.
And probably the most repugnant reaction to the bonus issue is the reaction of individuals directly involved with the bonus issue in the government – specifically, Sec. Geithner and Sen. Dodd.  Instead of moving forward and working on the current problem, we’ve sunk into a childish, “he made me do it” and finger-pointing blame game.    Brit Hume captures it well (courtesy of Jennifer Rubin at CommentaryMagazine.com):

“I think Dodd’s in more trouble than Geithner. I mean, the Treasury encouraged him to do this. Dodd did it and then mounted this incredibly evasive explanation of it in which every single — in his initial explanation, Dodd’s initial explanation, everything he said was literally true and utterly misleading, and then he subsequently came out and said, ‘Yeah, yeah, I did it. The Treasury made me do it.’ Well, wait a minute. If he’d looked at it and thought it was a bad idea, he would have said, ‘I’m sorry, Treasury, I’m not doing it.’ I mean, Treasury doesn’t hold a whip hand over the chairman. He’s one of the barons of Capitol Hill, after all.”

Why are they participating in these ridiculous efforts?  Because the American political system has devolved and allowed “politician” to become a career versus a civil service one does for one’s country.  I think the successful leaders in the federal government in the future will be those that come from industry, dutifully serve a few terms and then return to industry.