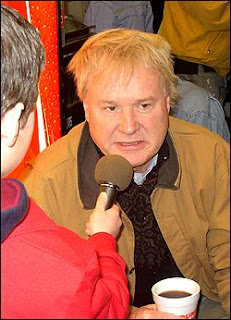 Seriously, Mr. Matthews needs help.  Take a read through this online article and then let’s revisit the facts.

One, an estimated 78% of people in this country identify themselves as Christian.  One would think that being Christian includes the belief in praying but apparently when a republican invokes the thought of praying for help, guidance or intervention, it is ballyhooed by the liberals.  Even the Catholic university, Notre Dame is heading this way as they invite President Obama to speak under the defense that it is part of encouraging “civil dialogue” and “religious pluralism.”  Please, have some backbone and stand up for what you believe in or state that you disagree with the Church and deal with the repercussions.
Two, is the crew at Hardball oblivious to the politicans on the other side of the aisle?  From our current President to former President Clinton and Sen. Joe Lieberman (both shown as examples in the post), there are plenty of prominent democrats (or independents) that embrace religion.
Maybe Mr. Matthews should have this discussion at home and with some of the communities (his Roman Catholic family, his Catholic high school, his Catholic college [College of the Holy Cross]), he and his familiy participates in and maybe he’ll realize that those of us praying are normal.
Then again, maybe it’s just his pure bias coming thru his bully media pulpit.