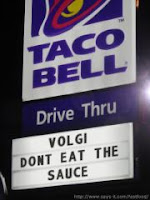 Eric Alan Beltt wrote that “liberalism is a psychology.” Beltt opines that liberals think differently than conservatives, and are not a political group so much as a way of thinking. Beltt explains that this way of thinking is, more or less, a skin-deep over-simplification of issues too complex to think about in detail.

The Czar agrees with this. Beltt continues to explain the psychological reasons behind the seeming paradoxes behind liberals. The Czar’s own Rasputin recently forwarded him an email (Gormogon readers have likely already seen it) that lists the many paradoxes of liberalism (such as hatred of the NRA for supporting all ten of the Bill of Rights amendments, but worshipping the ACLU for dogmatic support of only nine, or the bizarre tolerance of innocent lives snuffed by abortion but abhorrence of capital punishment of confirmed monsters, and so on). This is not the hypocrisy of liberalism: it is purely the logic under which they operate: by over-simplifying the understanding of the problem to meaninglessness, you allow no shortage of paradox into your personal cognitive dissonance.

For example, Beltt mentions same-sex marriage. As you know, the 2009 Oscars were deeply rooted not on the quality of the film Milk, but on the apparent conclusion that now, finally, conservatives would have to admit they were wrong on the subject of same-sex marriage. The Czar admits to passionate disinterest in the Oscars telecast, and probably missed the part where Milk explained the logical connections between Harvey Milk and the apparent necessity for gay marriage. As Academy Award Winner Dustin Lance Black assured viewers, God will ensure equal rights, including marriage, for same sex couples.

The Czar, like you, knows many people who are gay, whether they are open about it or not. The Czar does not care about gender orientation, either, and generally has no qualms with the concept of same-sex marriage as a theory. The Czar understands that it is pure foolishness to associate, automatically, legal gay marriage with legalized pederasty or bestiality. The Czar, unlike many conservative brethren, even subscribes to the notion that the straight/gay spectrum may be hard-wired in the brain before birth. It would certainly explain that eight-year-old kid in grade school who earnestly believed he was Wonder Woman, and wanted to kiss the other boys.

It is, of course, the practical details of same-sex marriage that make its own outcome difficult. And here is the psychology of the liberal cause. Conservatives do not oppose a Constitutional amendment or a redefinition of marriage because they are cynical, Bible-bound homophobe bigots. The shocking reality, which the gay community hates to admit, is that straight conservatives don’t give a rat’s posterior about gay marriage any more than they worry about the Australian national cricket team.

No, the opposition is because the Constitution should not be re-written for a single-digit percentage of the population. Minority does not rule, and shall never rule, where the Constitution is concerned. Then, of course, are the rest of the details: how many tax, property, welfare, adoption, insurance, healthcare, housing, and employment benefits laws, policies, and procedures need to be re-written—from scratch—to accommodate 3% of society (and that assumes that every gay partnership seeks marriage: the number of gay couples who might truly seek legal marriage is probably less than that by half).

So we end up with this: if you are a liberal, whose psychology forbids any understanding of an issue more than two seconds deep, same-sex marriage is probably a great idea whose time has come. But if you are anyone else, who might ask about repercussions, unintended consequences, or a further morass of legislation and law suits with far-reaching consequences completely unrelated to sexual orientation, you might be inclined to remember that majority rules for good reasons.