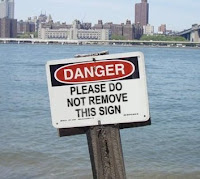 You know what’s great about participating on a blog like this? The Czar can do only minutes of research and make an outrageous conclusion based on that.

Know what’s evidently easier? Being an economic columnist for U.S. News & World Report. The Czar long ago grew to hate this publication, seeing it move like Time and Newsweek into the same category of fluff media like People. To be an economic columnist there, you don’t even need to be right about anything. You can be dead wrong and still look smart if you simply change your mind.

Here’s columnist James Pethokoukis on October 23, 2008, explaining why an Obama presidency would be great for the stock market…besides, rumors of a sell-off are limited to those pesky conservative investors. And Mr. Pethokoukis is aware of only two or three at most.

And here’s Mr. Pethokoukis on March 3, 2009, explaining (or rather having someone else explain) why Obama is a Vulcan death grip on the Stock Market.

See how easy it can be?