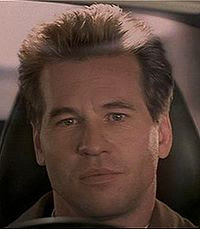 …and a movie under our belts starring our very own Val Kilmer and we might have cold fusion. Again, remember: innovation is key. Read more here.

I’m sure the folks in San Diego don’t use cool pseudonyms like our Huckleberry did.