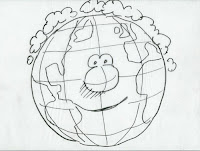 The Czar is a wise man. A capitalist market will more quickly drive increased innovation and decreased prices than the most successful government directed scheme-of-the-moment. A few thoughts on The Czar’s worthy posting.

Folks have been predicting the end of fossil fuels and the promise of renewable energy since ‘Puter’s early years. Heck, even Schoolhouse Rock was singing the Energy Blues.

Current renewable/alternative energy programs are nice, but they’re right up there with the monorail from The Simpsons Marge vs. the Monorail episode. That is, in theory, they look great, but in actuality, you’re left with a device used to separate taxpayers from their money.

As to Czar’s reference to beaming microwaved solar energy from space to Earth, ‘Puter much prefers The Matrix’s humans-as-batteries idea. But ‘Puter gets to pick the humans.

Upstate’s got several wind farms in the Southern Tier. They look otherworldly, and nearby residents complain of noise from the rotating blades. Also, they just don’t seem to be reliable energy generators, as the wind comes and goes, well, like the wind.

Nuclear power is the solution to the immediate problem that will permit commerce to work out feasible long-term energy issues (e.g., economical solar cells, etc.).

Something’s got to give in order for the United States to make serious progress on its energy issues. Environmental and other regulations must be curtailed to permit quick siting and construction of new generation and transmission facilities. Currently, states and municipalities can tie up worthy projects, beneficial to millions, for years at a time. Just ask New York City about tiny Upstate communities in the Catskills putting the kibosh on an interstate electric transmission line, needed to feed New York City’s growing energy needs. Of course, with Wall Street crashing and residents fleeing confiscatory taxes, New York may not need new capacity after all.

The other 48 United States Senators not from Nevada should tell Harry Reid to pound sand and open up the Yucca Mountain disposal facility. Or at least allow nuclear waste reprocessing as France does. Heck, invite the Froggies in to show us how it’s done. No sense in reinventing the wheel.

In sum, for the near term, build nukes and tell the locals to piss off, reprocess the waste and build tons and tons of interstate (and local) transmission lines. In the long term, demand plus potential huge profits plus time equals realistic alternative energy sources.

And Max Schulz is the cutest of all Friends of Gormogons, at least in ‘Puter’s hazy memory.