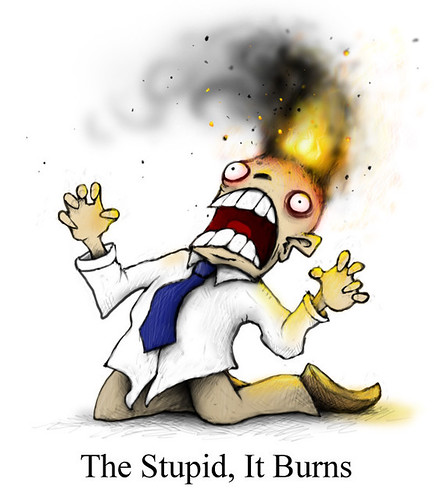 The Czar is aware that most liberals promote themselves as more scientifically literate, and that conservatives are religious zealot Luddites. Certainly, there is a disturbing prominence in the media to promote conservative (especially GOP) lunacy, and some of it is frankly worrisome, such as the USGS once being told to silence discussion of the age of the earth, or Bobby Jindal’s belief in astral warfare. Yikes.

Less reported, but the Czar thinks equally critical, is the same lunacy on the other side. Take, as Exhibit A, RFK Jr.’s screed that vaccinations must surely cause autism, because two incidents (out of millions) coincidentally support his view. The math doesn’t check out, and people are dying.

Or the completely botched mathematics on gun control. Time after time, the arguments for gun control fail to match up with all research…to the point of being reasonably consistent. Folks, no matter how much you argue for gun control, the numbers continue to remain contrary. Admit it, already.

You are free to look at the hushed facts behind Anthropogenic Warming and Alternative Energy as more examples of poor statistical analysis by the liberal community.

So while many on the Right may not know the difference between the Bible and a textbook, the Left seems completely unable to process simple statistics. Both of these have worrisome outcomes for society.

Curiously, the Conservative/Republican/Right (however you want to call it) should be the more scientifically literate. Science increases technology. It promotes great business. It exposes the dangers of nationalized healthcare. It provides for a stronger national defense. Heck, science is the secret premise of The Dark Knight as well as Iron Man (and you know how much you loved them). Science is the safe bet: the whole method is based on the assumption that maybe the assumption is wrong. Rather than endorse and embrace every multi-culti woo-idea no matter how outrageous or fringe, science tends to reason and conclude with care. And all these aspects strike the Czar as conservative values needing to be better embraced.