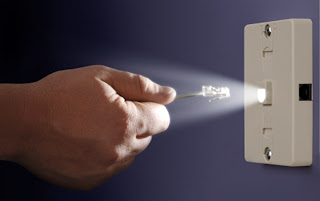 With the Senate passing the Giant Technicolor Stimulus Bill, people have started looking at some of the details – for example, the $10 Billion for broadband access. It sounds like a great idea. The U.S. as powerful as it is, ranks 15th in the world for broadband access (that includes penetration into communities, speeds, etc.). The average broadband speed in the U.S. is one-tenth that of the #1 ranked Japan. Europeans take high-speed access for granted, from their vehicles to wireless access throughout the cities. So, will the stimulus really help this? I doubt it. There is little to no competition in the marketplace, largely driven by local governments. Take, for example, the State of Maryland. It is a fight, county by county, for a new broadband provider to come in and provide service. Many, if not all, of the counties have deals with a select number of providers. Montgomery County allows Verizon and Comcast from the big players. But to truly get broadband access the way that other parts of the world enjoy it, we would need increased competition. That would create jobs but it would have to be done smartly because currently (according to one survey) the average U.S. consumer is paying $3 per Mbps (Mega-bits per second, a measure of how much data is flowing down the internet “pipe” to your house/cellphone/car) while Japanese consumers are enjoying that at $0.13 and the French at $0.33. And it would stimulize the economy because the remainder of our $50/month internet bills could be (using Japan’s numbers) $2.16 leaving the consumer $47.84 per month or $574 plus change per year to spend elsewhere. The power of more access with more data opens the doors for more opportunities for innovation and products for the consumers. An increase in new and innovative products creates demand and will energize the economy. Heck, Intel is banking on it big-time…maybe they get it. Do a little more reading here and then question why your local government is limiting broadband access and then question why the Stimulus bill isn’t applying this paltry $10 Billion in a more savvy way.