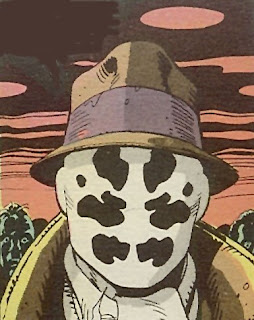 …mine aren’t too positive about this:  Apparently a mere three weeks into office and you know what is a focus area for the Obama administration?  The economy?  Well, maybe with the Giant Technicolor Stimu-porkus Bill.  Education?  No.  Health Care?  Maybe, President Obama did break his “Sunshine Before Signing” pledge to push through the SCHIP bill.  Counting People?  Yup.

The Obama administration is talking about moving the oversight of the 2010 Census into the White House versus leaving it in the Commerce Department where it’s been.  Given that the White House is clearly a partisian arm of the government, is this a wise move?  The census, besides providing some corporate welfare for failures to deliver software solutions on time and within budget on the order of 100s of millions of dollars, controls redistricting and numbers of representatives in our government.
Hopefully this isn’t the top of a slippery slope…
(Note, the picture is from the comic-soon-to-be-movie, “The Watchmen” – I’m sure you get the idea)